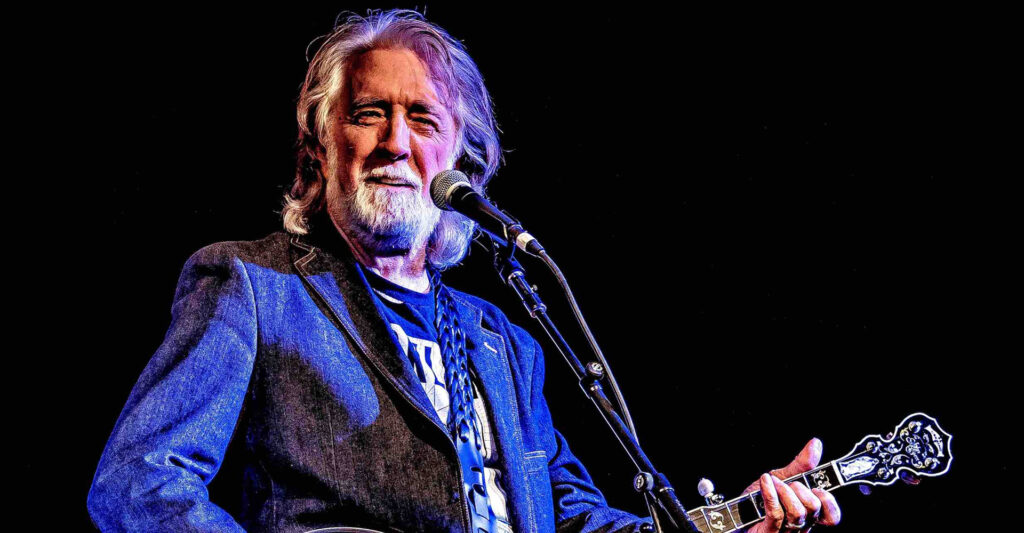 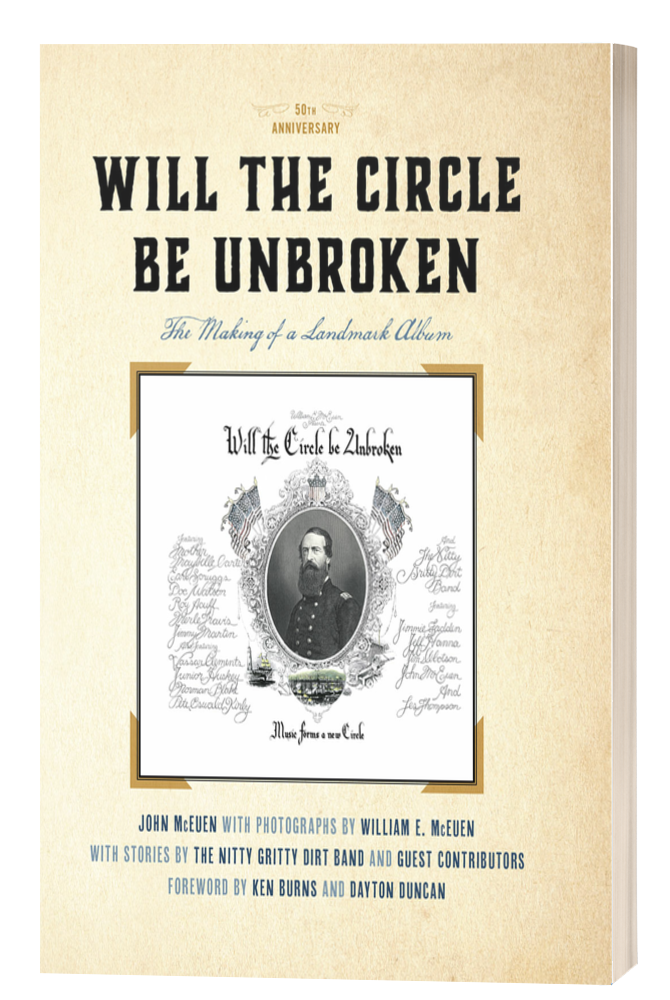 John McEuen, born in Oakland, CA in 1945, moved to southern California’s Orange County with his family for high school years. He and lifelong high-school friend both got a job in 1963 (in the magic shop, with co-worker, Steve Martin) at 16!  After seeing Missouri bluegrass group The Dillards in an Orange County club, John’s life headed towards his new dream: make magic with music and be a traveling music man. Leaving his Garden Grove spawning ground, his dream became more of a reality than imagined it could be!

Multi-instrumentalist McEuen (banjo, guitar, mandolin, fiddle) has been recognized as a founding member and award-winning outstanding performer of the Nitty Gritty Dirt Band (50 years!), from which he departed at the end of the 50th year anniversary tour Oct. 22, 2017, due to demands for his solo work and the desire to do something new.  In addition to John’s numerous solo accolades, NGDB was inducted into Colorado Music Hall of Fame 2015. It is all covered in his book The Life I’ve Picked on Chicago Review Press, published April 2018.

In 1971 John initiated the now landmark Will the Circle be Unbroken* album, hooking Nitty Gritty Dirt Band up with musical mentors Earl Scruggs and Doc Watson to record simply by asking them; it grew to inviting Mother Maybelle Carter, Jimmy Martin, Roy Acuff, ‘Bashful’ Brother Oswald, Vassar Clements, Junior Huskey, and Merle Travis into the studio for 5 magic hot August days of recording. The now multi-platinum “Circle” is honored with being in both the Library of Congress and the Grammy Hall of Fame. * “One of the most important records to come out of Nashville…” Chet Flippo Rolling Stone

McEuen has made over 46 albums (7  solo) that have earned four platinum and five gold records, multiple Grammy Awards and nominations, CMA and ACM awards, an Emmy film score nomination, IBMA record of the year award, and performed on another 25 albums as guest artist. John’s production of Steve Martin – The Crow won the 2010 Best Bluegrass Album Grammy.

The Music of the Wild West CD- produced by McEuen, was honored with the Western Heritage Award.
Other accolades include Grammy nomination for String Wizards II, the Uncle Dave Macon Award (for excellence in preservation and performance of historic music); 2009 he was inducted into the Traditional Country Music Hall of Honor. As a producer/composer of film scores, solo albums, John has produced award-winning projects of his own and for several other artists.

John has continually performed since 1963 – over 11,000 concerts, 300 television shows, 10,000 interviews and flown more than 4 million miles. In 2010 he was honored with the Best in the West Award solo performer from the Folk Alliance Organization. McEuen’s rich history of creating, producing, and preserving original and traditional folk music earned him the 2013 Charlie Poole Lifetime Achievement Award.

McEuen joined forces with Martha Redbone in 2011 to co-write, arrange, perform on and produce her Garden of Love album where they put Englishman William Blake’s artful poetry of 200 years ago to the ‘Appalachian sound’. Playing a variety of instruments, he fit it to the musical landscape of the late 1800’s.

“I am grateful that people continue to support what I do, as it allows me to continue making things. I feel like some of my best projects are ahead. So many stories. so many songs, so many notes, so little time!”

John’s second book – Will the Circle Be Unbroken – 50th anniversary Year – The Making of a Landmark Album released August 2022.